Ever wondered why ungulate females isolate while giving birth? Who are they hiding from, and is this behaviour possible under production conditions? Our newest article shed new light on these topics. Link to full text. 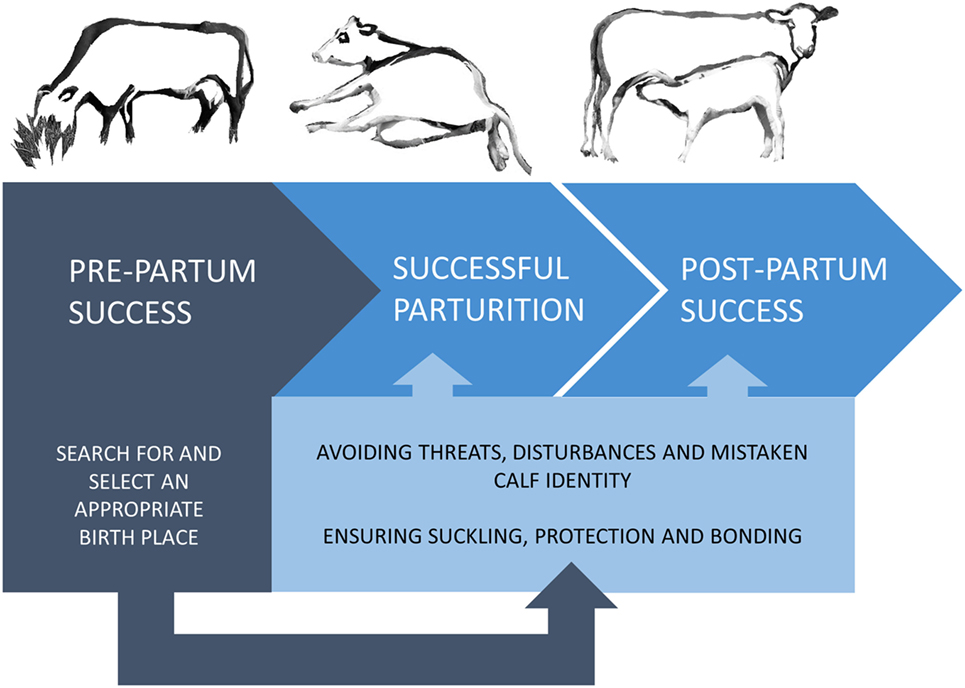 The event of giving birth is an essential part of animal production. In dairy cattle production, there are substantial economical and welfare-related challenges arising around the time of parturition, and hence increased focus on efficient management of the calving cow. Drawing on the research literature on prepartum maternal behavior, this review compares cattle to other members of the ungulate clade with the aim of understanding the biological basis of bovine prepartum behavior with main emphasis on dairy cows. Ultimately, this knowledge may be used in future development of housing systems and recommendations for the management of calving cows. Maternal prepartum behavior varies among species, but the final goal of ungulate mothers is the same: ensuring a calm parturition and optimal environment for the onset of postpartum maternal behavior by locating an appropriate birth site, with low risk of predators, disturbances and mistaken identity of offspring. Features of chosen birth sites vary among species and depend largely on the environment, as ungulate females display a considerable ability to adapt to their surroundings. However, within commercial housing conditions in dairy production, the animals’ ability to adapt behaviorally appears to be challenged. Confinement alongside high stocking densities leave little room to express birth-site selection behavior, posing a high risk of agonistic social behavior, disturbances, and mismothering, as well as exposure to olfactory cues influencing both prepartum and postpartum maternal behavior. Dairy cows are thus exposed to several factors in a commercial calving environment, which may thwart their maternal motivations and influence their behavior. In addition, prepartum cattle may be more affected by olfactory cues than other ungulate species (e.g., sheep) because they are attracted to birth fluids already before calving. Hence, providing dairy cows with an environment where they can perform the maternal behavior they are motivated for, may aid a calm and secure calving and provide optimal surroundings for postpartum maternal behavior. Future research should focus on designing motivation-based housing systems allowing freedom to express prepartum maternal behavior and investigate in more detail the effects of the environment on the welfare of calving cows and their offspring.